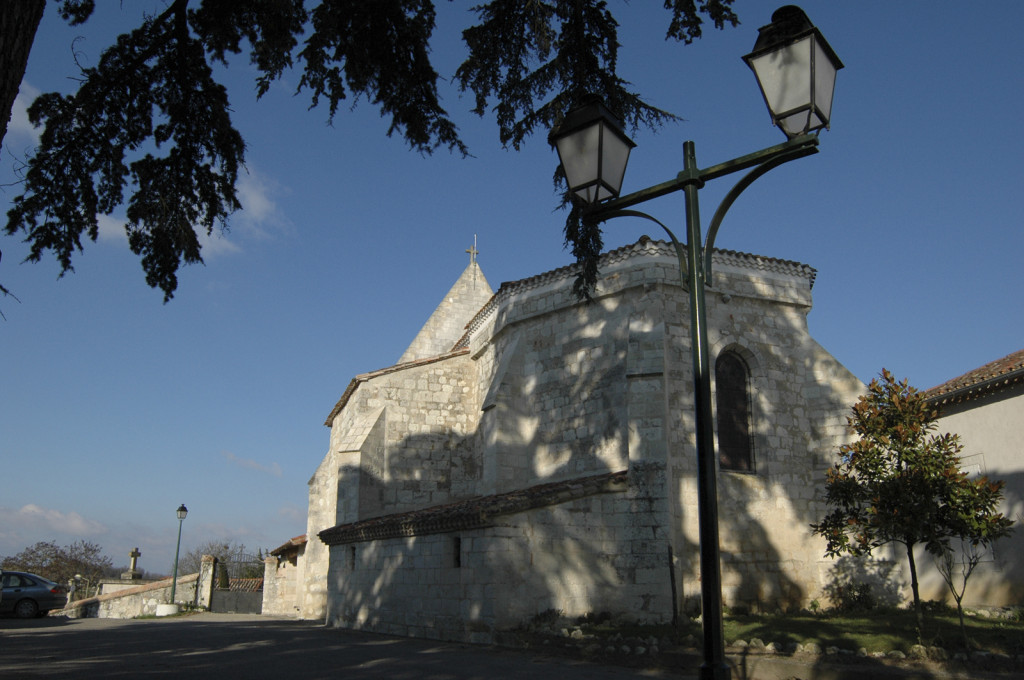 The village is perched on a hill where we find its church (12th, 13th and 15th centuries), a listed historical monument.

Originally, the parish formed part of the bishopric of Agen, but in the civil sphere one part was in the Agenais, the other in Quercy. In 1278 the bishop of Agen ceded his ecclesiastical rights to the Benedictine Abbey of Saint Maurin. Then at the beginning of the 14th century the parish passed into the diocese of Cahors, where it remained until the creation of Tarn-et-Garonne in 1808.

Probably during the 16th century, the Abbey

installed a priory at Saint Vincent Lespinasse. Its incumbent was also the parish priest.

In the secular sphere, the lords holding the land were, as in most of the area, the Fumel and Durfort families. Around 1480, the De Lustrac family succeeded them, as the result of a marriage with Catherine de Durfort, who came from Saint Vincent Lespinasse. Consuls ruled a wider community that encompassed Saint Vincent and its immediate environs. The name “Lespinasse” belonged to a local family, who in the 13th century tried in vain to seize the overlordship from the rightful overlords, the Durforts.

In the commune of Saint Vincent, at the place (lieu-dit) called “Rouch”, there is a Roman camp in an excellent state of preservation. It is situated on an ancient road linking Malause with Perville, and passing through Bretounel and Gasques. There are also the ruins of a Gallo-Roman villa.

The church of Saint Vincent was formed over three different periods: the nave dates from the 12th century, the apse from the early 13th century and the two side-chapels from the 15th century.

One can also see at Saint Vincent the ruins of a medieval château.