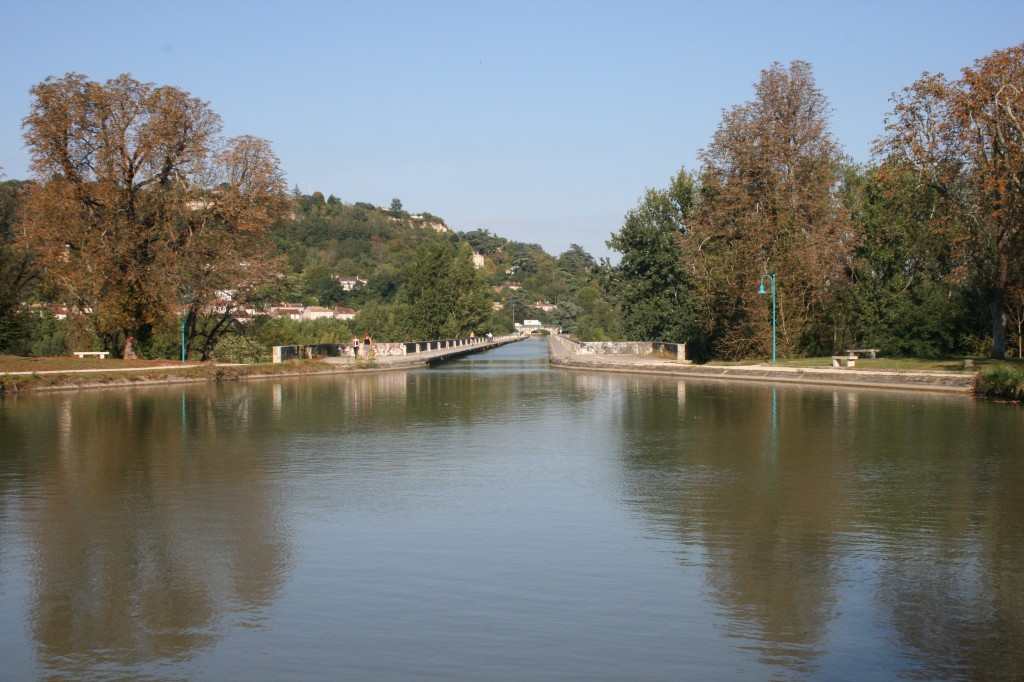 Before the Revolution of 1789, Le Passage comprised two districts: one, Dolmayrac, was recognisable by its church, which was perched at the edge of the north side of the Garonne; the other, Monbusq, situated below, was a simple crossing point for travellers from the north who wanted to cross the Garonne.

From the Middle Ages onwards, the hamlet was, therefore, a simple transit point for travellers. It is from this that its name “Le Passage” comes.

Around 1795 (after the Law of 21 Fructidor) the two districts united, and freed themselves from Agen’s control. For the past two centuries the commune has often been called by the inaccurate name of “Le Passage d’Agen”, which explains why today few maps represent it as an autonomous entity.

In the 19th century, the sole economic resource of Le Passage was income from the footbridge (la Passerelle), which was a toll bridge. The commune had indeed seen very little development. However, in the 20th century the rapid expansion of Agen benefited Le Passage. The demographic development of Agen fuelled this expansion.

There are some classified historical monuments, such as the stone bridge of Agen, begun in 1812 under Napoleon and completed in 1827; the canal bridge of Agen (only three of this type exist in France); or the recently-renovated footbridge.

Le Passage is situated on the St James of Compostella route, the GR 652.

(Route shared with the Cluniac walk between Moirax and Agen).